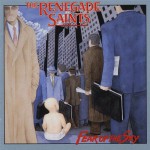 Here’s a lively set turned in by this talented Eugene-based quintet. Their sound is thoroughly rooted in a West Coast tradition that includes but is not limited to the Grateful Dead, Santana, the Byrds, Little Feat, the Eagles and the Doobie Brothers. But occasional English references keep the music from getting too idiomatic, while consistently high quality songwriting, arrangements and execution prevent any chance of boredom creeping into the program.

By and Large, bassist John Shipe is responsible for the more pensive material–some of which are ballads, some more up beat. Guitarist Dave Coey generally contributes indelible Poppy rockers like “Thinking Tree” and “Rockets.” Guitarist Alan Toribio submits a few buffer rockers to balance the input of the two main songwriters. There are no bad cuts here. But several stand out as superior.

Shipe’s “Psychotic Sex Fire” is a jittery number that showcases his highly effective voice–which bears a strong resemblance to that of Phil Collins. For that matter, if you think of Phil fronting the Eagles. And “Delivered” smolders beneath a restrained arrangement that is linked by the sparkling work of Michael J. Walker on the Hammond B-3. Walker shines with Hornsby flavored piano flourishes on the sadly sweet ballad “Window.” And “Thin Layer” adds a bit of Santana flavored funk to Shipe’s Phil-influenced vocals for an interesting combination that serves as the foundation for an extended jam between the duo of guitarists.

But it’s Coey’s fiery “Thinking Tree” with its’ grungy riffage and classic chord changes that make of it one of the two hits of the litter. Coey’s voice is a little more Weirish in timbre, his knack for a guitar hook unmistakable. And the sprightly trade-off of solos in the middle section is well handled. “Rockets” falls together another infectious riff in more of a Neil Young meets Joe Walsh kind of a space. Drummer Andy Mitchell’s shuffle beat is such that it’s nearly impossible to keep yer butt from shakin’ fiercely from start to finish. The moody, Doorsy middle section serves as a classy departure from the straight ahead rock of the main body of the song.

Some Harrisonesque slide guitar figures dress up the intro to Shipe’s “Deep End,” a cut that sounds like an odd out take from Workingman’s Dead  or American Beauty.  A certain Jackson Browne Sunday-school gospel feel sustains the gentle piousness of the chorus; with only a trace of sentimentality drizzled over the top with that harmonica at the end. Lord have mercy.

With Fear Of The Sky  the Renegade Saints have graduated to the next rung up the ladder to Pop notoriety. They have supplied over an hour of finely crafted songs that do not imitate their predecessors’ so much as stand in their direct lineage. The harmonious diversity they display only serves to underscore their essential strengths: quality songwriting, compelling vocals and unique, understated ensemble work in a genre that generally demands excess. It will be to their ultimate good fortune that they made that subtle musical choice. For that will make all the difference. 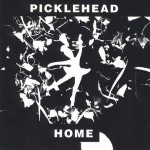 Mitch Fraas is a long time veteran in the local rock trenches. Through the years he has fronted numerous bands– and with each, displaying a saavy knack for crafting snotty, punky pop songs, many of which achieve that elusive memorable  status. With Picklehead, Mitch has managed to assemble his finest band yet. Comprised of fellow veterans like lead guitarist Kevin Sanders, who is known to have done time with Poison Idea; and bassist John Donnally trained with Love On Ice.

Last years CD Relish  served notice that Mitch was in top songwriting form– rising to the challenge his talented band presented; though the playing was sometimes spotty and uneven. This five song EP finds Mitch to be much more in command of the band sound. This is a substantial recording. The ensemble work is solid and punchy, without being ovetly flashy.

Ostensibly, Home  traces the various stages of a a relationship: from first date to sayonara.  Though from the first cut here, “Home Sweet Home,” it would seem that things are starting off on rather shaky ground. This boot stompin’ anthem to infidelity is driven by rhythm guitarist Eugene Register and Kevin Sanders, whose slashing guitars cut through the brambles set forth in the lyrics.

From there, our love bunnies make their way down to Old Town, to “Junkie Row.”  where she od’s in an alley. Drummer Jimmy Littlefield is the motivating force, smacking a little surf shuffle into the chorus while the guitars buzz away in early 80’s chainsaw mode. Mitch’s voice floats above the scene, some benign entity commenting on the mayhem in the alley below. 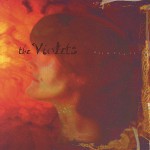 This is a re-issue of last Summer’s Urge Records release. When Urge disappeared late last Fall, the Violets were fortunate enough to have Salem’s Schizophonic Records pick up Wild Place. for distribution. Cosmetic changes, such as a new cover and graphics, are not the only modifications made to the original package. There are two previously unreleased tracks added to the former nine numbers.

Of the original tracks, “Say Goodbye” stands as one of the best– with it’s churning bass/guitar riff and memorable chorus, delivered uniquely by Violet vocalist Lisa. Schizophonic was unable to convince the band to divulge their individual surnames for print upon their product. Illegal immigrants? Fugitives? Socialists? The answer remains unknown at this time.

But what is  known is that “Giving You Today” is one of the most perfectly concocted follow-up singles ever created.– as the Violets expertly recycle the riff from “Say Goodbye,” speeding it up with a swaggering beat. It’s not as if the song is a simple rewrite. It’s as if the primary components of the former song were reformulated and recombined to create the latter: another powerful pop anthem.

The Violets’ faithfully execute a fiery rendition of Neil Young’s “Don’t Let It Bring You Down,” and in so doing, expose a possible clue as to the derivation of that resilient riff for which they seem to have such fondness.

The two additional tracks are certainly not mere throwaway out-takes. “She Say” works off of another bass/guitar motif, but here the rhythmic movement is less sinuous, more nervous. Lisa adds a Melissa Etheridge-like bite to her vocals in the chorus, where the guitars ring and chime with energy. A vital cut.

But it’s the final track, “Oh Maria,” that steals the show. Building on a simple acoustic twelve-string theme, the song quickly kicks into the rousing chorus that hinges on a potent chord progression. Here Lisa demonstrates a clear affiliation with traditional folk-singers like the late Sandy Denny. But the song is compelling precisely in the way that a Gin Blossoms song is. The pure simplicity of the chord changes is what makes them so beautiful.

So those of you who inexplicably held off buying Wild Place, waiting for some better deal to come along, it would seem that the fates have dealt you a kind turn. There is no further reason to delay, but even more reason to hurry off to the record store right away. This is great stuff. 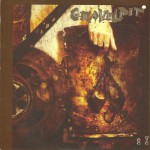 It’s always fun to watch a band make a big jump. Some bands jump from the trenches onto a label, or from the indies to a major label. Others simply take a small musical step that leads to some giant career leap. Gravelpit fit into the latter category. Though don’t be surprised if they don’t fall into one of the others soon, as well.

What you’ve got here is a two-headed monster of a single, either side of which could convince you of Gravelpit’s prowess.

Kicking off with an archetypal chord progression, along the lines of “Pictures of Matchstick Men,” “Mountain,”  rides vocalist Steve Wilkinson’s gritty vocals through the verses. This segues into a moody chorus that glides along a trilling guitar line ala  Afghan Whigs. Some nifty solo work in the fade neatly escalates the atmosphere. A cool cut.

“I Wanna Destroy You” sounds neither as dire nor misogynistic as its title, but resembles more the Monkees doing a Ramones song, which is an interesting notion, if you give it a little time. The rousing chorus, with tight harmonies and chiming guitar, sounds familiar, without seeming to be outright theft. And they don’t sound terribly menacing. More like happy-face destroyers. All in all, that seems to add to their charm.

It’s not that Gravelpit don’t know how to shred. But they seem so good natured that even when they do a little venom spewing, it seems playful and fun. Imagine the angst  that must inspire!

Just the same, if you want to catch a band that’s right in the midst of hitting its stride, you’ll want to pick up this sterling slab of vinyl.