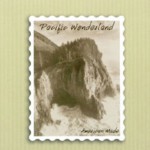 Hopefully our deficient attention spans will allow us to recall the name of Steve Lockwood whom throughout the mid-’90s was the leader of local alt/country faves Haymaker. Haymaker disbanded two summers ago, amidst great sorrow and gnashing of teeth among loyal legions of faithful followers and fans. Steve took a couple years away from the scene to dabble in different musical styles and, from what we might infer from the lyrics: to commit to an extended period of intense personal assessment.

What he has come up with here is decidedly not  “Haymaker II: The Corn Ripens,” but a distinct new blend, consisting of hints at the blues and various rock flavors. Longtime fans need not worry, Steve’s worn and weary blue-collar worldview remains safely intact — his alt/country roots are still growing strong. But the appeal of this material is that new elements have been incorporated, creating a much richer musical humus from which to grow anew.

He is aided in this creative pursuit by former Haymaker lead-guitarist Kevin Jerde, former Red Footed Genius bassist Tom Simonson and versatile drummer Jon Beyer. Together they form Pacific Wonderland. And while this ten song outing is filled with well-written, well-played songs; Jerde, especially, stands out for his imaginative fretwork the sense is that this is a band that has yet to fully flesh out its many strengths, nor to learn how to play to them consistently. However, one would suppose, given the pedigree of this particular outfit, that a little time is all that is necessary to remedy that small cavil.

“Bible Says” kicks off the set, with familiar, dusty strains a lonesome electric guitar arpeggiates in the left ear, while a noisy electric accents on the right, as Steve vocalizes in the center. Lockwood bears the uncanny knack of sounding just like Glenn Frey in his early Eagles days: soulful in a laidback sort of way. A rockier tune, “Don’t Give It Up” recalls Jackson Browne in his younger, less apoplectic days.

Jerde’s slashing guitar licks lend the intro to “It’s Alright” a feel similar to Tom Petty’s “Running Down A Dream,” as Steve interjects a stronger, more forthright lead vocal than we have come to expect from him. His sweet harmony backup vocals in the chorus nail things down nicely, Jerde adds jagged, angular riffs beneath. A winning number.

Stonesy guitar figures dress up the title track, while Steve displays further vocal maturity. It’s a murkily sensuous cut with sharp guitar solos at its core. “Waiting For You” borrows some of its melodic essence from Don McLean’s “American Pie,” but succeeds as a jangly piece of Pete Droge-like confection. Droge being the ’90s approximation of a young Tom Petty. “This Message” has a certain Matthew Sweet-ness within the haunting quality of its melody.

The ensuing three tracks represent the heart of the album and neatly sum up the musical evolution Lockwood has achieved during his hiatus. “Water Tower” is a bluesy dose of swamp water, with a sleepy acoustic guitar shimmering across a militant drum beat and a flickering electric guitar motif, culminating in a 60s vibe that calls to mind the Vogues somewhat, but even more so Tommy James and the Shondells. Steve’s devilishly fluid vocal is a positive delight.

“Murder” rides on Simonson’s fat bassline, a snarling wah-wah guitar providing a funky underpinning. Steve’s vocal duet with himself mirrors that of Mick Jagger in the Stones’ “Fool To Cry,” while reflecting a bit of “Lemon” with U2. A noirish tale of seduction and intrigue. Jerde unleashes a succession of fiery solo guitar salvos, adding to the tension that builds throughout the song. Jerde is the flame beneath the kettle on the blues mood of “Come Back Baby,” eliciting Neil Youngish cries from his guitar in the poignant choruses.

It’s been a long road for Steve Lockwood. After building Haymaker into a band that received national attention, he retreated from the success to re-evaluate himself as a musician and a human being. The resultant recording serves as the perfect determination of the growth he has achieved. There is every reason to believe that his best years as a musician and songwriter lie ahead of him. 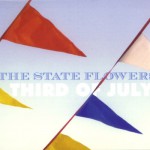 We last met up with the members of The State Flowers about a year and a half ago when they were known as Scenic Overdrive. But that’s about all that has changed for this talented quartet. Singer/songwriter/guitarists Corinna Repp and Pete Ficht (Noisecandy, Joy Pop Turbo) are still complimented by the rhythm section of drummer Martin Thiel and bassist David YeagerÑ both graduates of the band Rexaco.

Here, the band has wisely enlisted the services of the best producer/engineer/multi-instrumentalist in town: Tony Lash. Without tampering in the least with the band’s idiosyncratically schizophrenic nature, Lash expertly susses the right sound and texture for each song, with a sense of reverence and creativity that is truly world-class.

And his work here is impeccable, as usual. He helps to meld the somewhat disparate styles of Ficht and Repp, who have, inexplicably, each elected not to sing on the other’s songs. This is all the more puzzling given that each is possessed of a pleasant voice that falls in a similar range and timbre. One would expect that there might be some inclination for harmony or even unison vocals between the two, but ne’er the twain are met.

Because of this, the album has the quality of being two EPs recorded by two separate solo performers with the same producer and the same backup band. Both of the artists have real talent. Each has a bona fide hit among the ten songs offered here. Each performs a song essentially by themselves. It is almost as if one is the perfect mirror of the other recording.

Repp leads off the set with “Wait,” a sentiment she expresses at other points along the way. Here, over a bed of writhing guitars, Corinna murmurs a sinuous plaint, calling to mind the voices of Beth Orton and Sinead Lohan. Ficht follows with the jangly “Once In A While.” Over chiming electric and acoustic guitars, his bouyantly boyish voice hovers, exhibiting a Pop sensibility that would seem equal parts Matthew Sweet and Elliott Smith.

Corinna sings the title track, which she co-wrote with Ficht. A driving, non-sequitur intro gives way to more restrained verses that resolve in a hook line that seems a little understated, given the bombast of the arrangement. The cool instrumental intro returns, leading one to wish the pair would have tried harder to have built a song around that segmentÑ before resolving in a fragile bridge that features a rare moment of vocal interaction between Repp and Ficht. A strangely disjointed song, seemingly comprised of fragments, barely held together by the faintest of thematic threads.

It’s just Pete and his acoustic guitar on “The Door,” a pretty song, distinctly Elliott Smithian in construction. Guest Kaitlyn Ni Donovan isn’t given much to do on her violin solo, merely recapitulating the vocal melody through a verse section, but curiously playing no other part in the arrangement. Ni Donovan plays a more integral role on violin in Repp’s “Heavy And Dragging,” a song with a strong chorus, somewhat reminiscent of early, Donnelly/Hersh-period Throwing Muses. Very nice.

An infectious tom-driven drum beat propels “Our Parader,” the undeniable hit of the set. Over a gritty bassline Ficht interjects occasional accents on electric guitar that evolve into a catchy riff that brings to mind “Pump It Up” -era Elvis Costello. Lash’s Gary Numanish organ pastiches dress up the memorable chorus. Very cool. Repp follows with “Rocking Chair,” a solo excursion on electric guitar, intelligently capturing a simple wisdom with restrained emotionality.

The State Flowers present an ineluctable conundrum. For within the band are two intelligent singer songwriters whose style would seem sufficiently compatible as to afford the pair a unique dynamic form from which to deliver their individual messages.

Yet, for whatever their reasons, they have elected not to become involved with each others’ material, beyond minor rhythm guitar roles and oohs and ahhs in a background vocal capacity. This seems like a considerable waste of available talent and a squandered opportunity to create a singularily identifiable sound. While the songs and performances here are quite commendable, one cannot help but wonder at what might be possible for this promising band. 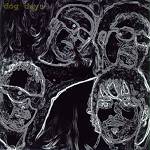 It’s been three years since last we saw an offering from See Jane Run reviewed in these pages. In that time the band has grown in numberÑ enlarging from a trio into a quartet with the addition of second guitarist Giles Muthersbaugh; embiggening and toughening up their rugged Pop sound in the process. Main Janer David Graham provides the gusto and bravado on lead vocals and guitar, as bassist Brad Warfield joins Muthersbaugh in the backing vocal constitueny. Drummer Billy Buckmaster never fails to provide propulsive punch.

In the tradition of the best American Pop/Rock bands, i.e. Cheap Trick, the Knack, Bachman-Turner Overdrive (technically Canadian), the Ramones, the Romantics, the Cars and the Replacements, the Janes make the most of four-power chords and a few familiar riffs and runs. There sound is not particularly original, but more traditional in a Rock sense. And they execute their musings with a reverence that is incontrovertible in its own essential charm.

Graham is a strong lead vocalist with a gritty, sneer to his delivery. While the lyrics are not likely to be confused with Yeatsian stanzas, they hold together well enough, for the most part, to convey their callow world view. Still, Graham’s uncanny propensity for crafting a solid Pop song is unerringly adroit, as each of the eleven (and the even the bonus track) numbers here demonstrate. Spot-on ensemble work throughout the proceedings lend every track a personality of its own, which in itself is an achievement, given the medium.

As with the opening track, “I’m The One,” the band consistently strides through the material, here across a Zep-like riff, Graham snarls the vocal, supported nicely by harmony vocals in the turns and choruses. “Alone” begins with fine interplay between acoustic and electric guitars and the bass in a figure similar to that found in the Flys’ “Got You Where I Want You,” before kicking into overdrive in the hardhitting chorus.

“Sold Me Out” is a little vague lyrically, failing to provide enough information in the storyline to successfully connect the dots. But the chorus is a molten piece of Ramonesish rocklava. Jazzing things up a bit with a syncopated three-beet, “Goodbye” displays a lyrical sense of humor that does not quite complete its thought, but that is good to see all the same. “Lemon” utilizes a jagged guitar sound to its best effect over a big beat, and a fat bass bellow that picks up motion in the middle solo break. Very cool. Cool too, “Waiting” benefits from a rousingly impressive chorus.

Probably holding together the best lyrically, “I Don’t Want To Be You” tells a story of sorts, with a sort of Mellancampy chorus. “Meaning Of It All” is entwined around a Creedence-like riff in the  verses, evolving into classic chorus. Similarly “Something For Free” displays a ballsy chorus that offers real staying power.

See Jane Run are more than competent at what they do, presenting a wide array of licks and chops, far more than the quotient of the average local band. With a little more time spent on the lyrics: in an effort to make the component pieces fit together as seamlessly as the instrumental passages, this band could easily find their names listed in the pantheon amongst those of their heroes, whom they emulate so wonderfully.