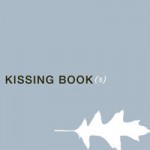 Kissing Book, under the auspices of songwriter, lead singer, keyboardist Andrew Kaffer. Previous Kissing Book recordings have featured a revolving array of support musicians, often causing the music to lose focus, seeming rather precious at times. Maligned in some circles of the press as being’“twee,” Kaffer and cohorts do seem to occasionally exhibit an arty hauteur that could be off-putting to the wrong ears.

However, fighting off the outrageous slings and arrows of indifferent press, Kaffer has regrouped, adding bassist/guitarist Drew Cramer and superbly tasty drummer Adam Bayer. Kaffer’s delivery is still occasionally precious, but smart as well, and always with a keen sense of economy; still arty, but often artful as well. Here, with Dustin Reske (Rocketship) acting as producer/engineer (as well as contributing occasional background vox and guitar), the band conjure together a Jazz/Latin/Pop sound that is alluring and succinct.

The doleful bossa nova “Hey Kids” is configured first among the dozen songs presented here . Kaffer’s forlorn vocal slowly unwinds what is, in reality an anti-establishment diatribe: “But when they say it’s not the end of the world/You know they’re right/But are they right/Or are you just too scared to admit that you know/That saying no to corporate america is not enough.” Hmmm….. Bayer’s slick drumwork provides a fine platform for the moody duet between Cramer’s muted guitar and Kaffer’s dark electric piano pads— faintly reminiscent of latter day Talk Talk.

A rubbery piano/bass figure bounces repetitively, motivating “Selfish” through thick waves of languid guitars. Hypnotic. The two instrumental pieces “Set Of Numbers” and “Another Set Of Numbers” allow the band members to explore their impressive Jazz sensibilities. Especially splendid are Bayer’s spectacularly subtle chops. Acoustic and electric guitars, reflect and refract each other in interesting variations on “Of Nativity,” creating an anxious atmosphere of disassociation. Reske and Cramer create sparkling layers of guitars on tiny gem “The Times Between The Times.

Bayer sets a frenetic pace on “Your Melancholy Ways,” as Kaffer details the mudanities of neurosis upon the loss of a significant other. Lyrically, “Choose Your Own Title” seems to pick up where the previous song left off, though with less agitation and some resolution to fate, with practical advice. “But when it’s either money or time/Convictions won’t get you though life/And when all your time is spent unproductively/It’s time to get a job.” One of the most focused of the numbers presented here.

“Dividing Tracks” is a lovely song. Droning organ tones play against flittering glockenspiel tones while Kaffer supplies introspective lyrics that capture a universal feeling of change and growth. “Natural Raft,” a lyric written by Jason Manley, fits nicely into the thematic flow, contemplating a future in adulthood. “With your sleeve over your heart/Your wallet feels just right.”

Andrew Kaffer and Kissing Book offer intelligent, thoughtful music that is a testament to musical austerity and prudence. While the gravity of Kaffer’s sphere is still inwardly directed, there is evidence that his gaze has begun to be directed outward where new impressions await him, like a million stars in the sky. 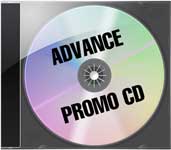 Here’s a fine new foursome who have spent the past several years honing their material to acute sharpness, before releasing this debut, seven song CD. Having been friends nearly all their lives and musicians for nearly half of that time, in some ways, their sound would seem to be a natural extension of their friendship.

Together, the lads have crafted a polished Pop sound, which occasionally calls to mind XTC or U2, Radiohead and even the Beatles at other times. Guitarist David Hughes is the chief singer songwriter in the band, teaming with fellow guitarist and background vocalist Lucas Adams and the family rhythm section of the brothers Swenson, Jamin on bass and Peter at the drums.

“Parasol” leads off the set with a decided British flavor, Adams’ harmony vocal clinging tightly to Hughes’ lead line. Restrained verses give way to unbridled choruses and a very nicely arranged solo guitar section that is broken up with junks of lyric. A cool presentation. “Apartment 26B,” plays off a gnarled guitar sequence and an Edge-like single note figure in the intro, giving way to Hughes’ soulful vocals, vaguely resembling Bono. A pretty chorus, with deft high-harmony vocals, melts into a muscular instrumental section in the middle. Not bad at all.

The band begins to define a sound for itself with the stirring “Pulling Down Art.” A driving bassline pushes restless drums; as Hughes, with Adams’ sure support. Beautiful, Pre-OK Computer Radiohead-like passages of emotive vocals and chiming guitars make of this song a winner. Faint hints of Radiohead and Live linger through “Long List Of Titles,” which, for two full minutes is a ballad before erupting to full power, Jamin’s intricate basswork bearing a large portion of the instrumental load, while the two guitars writhe and stagger around him.

Peter’s infectious beat and Jamin’s contrapuntal bassline carry “Elizabeth,” while Hughes’ unaffected, straightforward vocal dances upon the surface. A fiery octave-note guitar solo in the middle is quite arresting, as, overall, the sound is Beatles-esque in a 21st Century way.

“Tomorrowland” bursts into an inferno with Hughes’ and Adams’ gasoline guitars— reminiscent of the Afghan Whigs’ Rick McCollum and Live’s Chad Taylor, wielding flamethrowers, which clear a smoldering path ahead of Hughes vocal. David sounds like Dan Wilson of Semisonic, when Dan was in Trip Shakespeare, cruising upon a big, tom heavy beat. Great stuff.

“Goodnight To My Mary” displays a decidedly high Neil Finn-factor, reverberating of Split Enz or Crowded House, with seamless vocal harmonies and a determined propulsion from the rhythm section.

The Holidays exhibit the sort of musical cohesion that a healthy music industry would encourage and support. However, that is not whatsoever the state of the music industry. But they have the tools to be successful and their honest, thought-provoking songs certainly deserve to be heard by a larger audience. 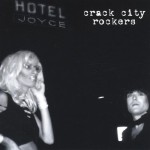 The Joyce Hotel is located not far from the Crystal Ballroom and, as is true of many (but fewer all the time) is the low-rent home to a variety of denizens and would seem to be the proper setting for singer/guitarist Eric Gregory’s observations, hallucinations, idle boasts, pre-occupations and recriminations. Gregory is a true poet and he heaps intense, personal visions on the backs of simple Pop musical themes as a means to petition his private lord with crazy prayer. But, you cannot petition the lord with prayer.

Around him, Gregory has assembled a coterie of like-minded souls: drummer Curt Schulz, bassist Sean Flora and lead guitarist Dennis Mitchell who pound out a high energy recreation of a wide swath of Glam, Punk New Wave and DIY influences— such as T-Rex, Bowie, the New York Dolls, Iggy Pop, the Ramones, Mick Jagger, Lou Reed, Garland Jeffries, Love & Rockets and the Violent Femmes. Echoes of the above and more permeate each presentation.

A rousing Ramonesish guitar riff is the crux of “Hey World,” wherein a strong chorus helps to make the song familiar the second time you hear it. Luther Russell returns to play rock ‘n’ roll piano on “Born Nervous,” a runaway freight of a song, and another of the stronger tracks of the set. “I’m Too Easy On Myself” is a synthesis of three or for Billy Idol songs, though “Dancing With Myself” would be an obvious reference point.

A pretty guitar filigree weaves through the ballad “Now I Know,” wherein Gregory freely admits his nearly obsessive and deeply profound physical attraction for some lucky recipient. Somehow, even the devil gets into the fray. “You know the devil was in my heart/He’s an honest cat & he convinced me/He convinced me that you are the one/Yr the one, yr the one, the only one for me/I knew I knew I knew/ I was in thrall to you? Just had to tell you baby/Sex to sex/I’m obsessed with you/You are loved.” And I’m certain it’s appreciated no end!

Eric Gregory’s visions are packed tight with voogum. His songs drip with it. Instrumentally this band is as familiar as an old sofa. But there is darkness at the core of these emanations and it clings to the memory like ashes and cold rain. 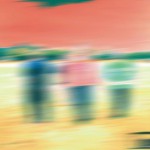 Every band could learn a thing or two from Docile, whose two-sided, single-page promotional 8 1/2 By 11, one-sheet deserves a place in any music promotion Hall of Fame. On one side of the sheet is an introductory letter, in which we are informed that Docile were once known as P.A.W.N. and had been compared to Tool. Now they are moving “into more emotional territory reminiscent to Deftones and Incubus.”

Below this segment of the page, a column on lists the names and positions of the Band Members: Dan Kuehn (guitar), Cameron Kinder (bass, backgound vocals), Uhn (vocals) and Mykael Lundstedt (percussion). Musical Genre: Alternative metal/ Modern rock. Similar artists: Tool, Deftones, Staind, Incubus, Sevendust. The column on the right provides a Short Band Bio, in which we find that the band officially changed it’s name in January 2001; a brief discography and a list of citings in various Media Publications. below that is a picture of the band.

The reverse side of the sheet contains the lyrics to the four songs contained on this EP, as well as contact information and website references. Why, a review of these guys practically writes itself! That is the way that any band can find it’s way into print: concision.

The band are good. Heavy. and, as billed, they do sound like their references. “Ghost Of Me” especially, stands out. Singer Uhn groans with an effected vocal that strangles from the pressure. thick guitars and ballsy bass underscore the urgency of the lyrics. “Pulling Teeth” stretches and sways like a body hanging from the garage rafters, turning and twisting in the morning sunlight.

The music here isn’t great necessarily, but it is moving in a positive direction. The promo material however, is excellent.