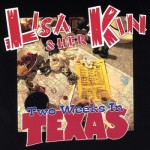 Lisa And Her Kin

The Miller family has been an institution in the Portland music community for over twenty years now. A musician and musical promoter herself, mother Lorna Miller’s brood of talented children include her eldest son, guitarist Chris Miller, who was a longtime local favorite (primarily with the Razorbacks throughout the ’80s), before migrating to Austin, Texas over a decade ago. Second in line was son Ian Miller, who initially gravitated to Portland’s underground Punk scene when he was still but a mere prat, turning in book reports at Multnomah Learning Center. His longstanding gig with his band, Apartment 3-G,  lasted well into the ‘90s.

Sister Lisa Miller was more of a late arrival, honing her chops in the local open-mic folk scene for many years, eventually playing in a number of groups, most recently, with Trailer Park Honey. With that band, Lisa perfected a “trailer trash” country personae, which serves her well in this incarnation of the band. This recording, made in a couple of weeks while visiting brother Chris in Austin, features all three Miller siblings in integral roles, performing (mostly) Lisa’s compositions. Along for the dusty ride down a country road are former Honey bassist LW McGrath and Texan John Dorn on drums; as well as a whole passel of  Austin ringers sittin’ in on the fun. In addition, Mizzletown’s own Rachel Browning lends her pipes to some of the back-up vocal chores on a couple of tunes.

This all boils down to a great album! The Austin hometown ringers provide so much authentic Texas country flavor, the tracks fairly drip with barbecue sauce. The first cut, “River Of Regret, is a perfect example. Over guest Ricky Davis’ whining pedal steel guitar and Micah Hulscher’s rollicking piano fills, Lisa sings, her husky alto caressing the vocals like eighteen wheels rolling on hot Texas asphalt.

“Sleeping His Way To The Middle” is a good-humored ditty, as familiar as an old pair of shit kickers- that is abetted by Poole’s roiling piano and Davis’ stellar pedal steel phrasings. Eeee-haw! A gentler number is the waltzing “Mending Matters.” Colored by McLoughlin’s filigree mandolin threads and winsome fiddle interludes, Lisa gives the song a plain, Loretta Lynn sort of vocal treatment. In a similar sentiment, “Rodeo Jewel” is a pretty, uptempo ballad. Ian Miller contributes a short, sweet and twangy guitar solo in the middle section, to add immeasurably to the true country grit of the song.

A bit of a rocker, “Sugar Pop” allows Lisa to toughen things up some, while Chris Miller adds fiery guitar solos to the mix. Hot! “Ladies Nite” is something of a country tear-jerker, certainly in line with the Tammy Wynette sentiments so closely associated with the genre: “She sits down at her vanity/searchin’ for some sanity/Hopin’ for a miracle to occur/Eyeliner and some rouge/red lipstick and a shot of booze/Now she’s ready for another night on the town” well if that don’t turn yer brown eyes blue, nuthin’ will.

“Jane’s Place” is a sprightly downhome tune. “Oh at Jane’s place, you never have to worry/Oh at Jane’ s place, it feels like home, without the hurry.” Piano and mandolin accompaniment, along with the other band members’ musical interjections create a celebratory atmosphere. Chris Miller’s short, sweet, steel guitar solo is a thing of beauty. The “secret track” at the end is a molten piece of swamp boogie, with Lisa exposing a bit of a snarl in her vocal delivery.

There aren’t a lot of bands in these parts, performing good old-time country music. This city is lucky to have the likes of Lisa Miller and Her Kin to present the genre in a genuine manner, with talent and aplomb. This album, with its bevy of illustrious guest performers, is just about as good as the genre gets. 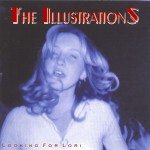 Kevin “Casey Nova” Nortness has been rocking in the Portland music community since Two Louies began its run twenty-three years ago. First, with his preeminent New Wave rock band, Casey Nova, Casey gigged regularly at clubs such as Long Goodbye and La Bamba, on bills with bands such as the Malchicks, the Odds and the Untouchables. Later, with the Cool Rays (in which TL’s own Dennis Jones played bass), Casey toured the North America and Japan extensively, becoming something of a sensation in the orient.

After that, it was the first incarnation of the Illustrations, the Shivers, the Paramours, before the re-formed Illustrations (with original member, drummer Brian Bickley and ex-Paramours lead guitarist Matthew Flier) in 1997.

Besides his talents as a musician and performer, Casey’s forte has always been his unerring ability to construct consistently good, occasionally brilliant, pop songs. It is distinctly possible that Casey may have squandered opportunities that his abilities might have afforded him stateside, by concentrating so much time and energy on his exploits ceaseless touring. Whatever the case, Casey Nova has never gotten the recognition he has always deserved- on a local level, if not on a much larger scale.

Because it’s a cinch that Casey and the Illustrations are a “national” act. The band members sound as if they have been playing together a long time (in a good way). Their songs sound familiar, but not imitative. It’s just solid, well-written, well-played pop music of a very high order.

The subject matter and tenor of the ten songs (and one extra “secret track”) presented on this outing are similar in context and presentation to the work of Neil Finn and Crowded House. These are mostly songs of love: lost and otherwise- unattained, unfulfilled, unrequited. These are eloquently anguished songs, with supple melodies that fit the lyrics like fine leather gloves. This album , these songs, are the obvious work of seasoned professionals.

The album begins with “5:55,” a song decorated by acoustic and electric 12-string guitars, as Casey’s warbling boyish tenor, reminiscent slightly of early Paul McCartney, presents the lyric, “It’s 5:55 now, so you ought to hate me/There is no reason, but maybe I’ll think of one,” over a pretty melody. With Brickley’s heartbeat kickdrum and Nova and Flier’s sludgy guitars, “Chocolate Heart” sounds like its subject matter.

Brickley’s “The Queen” calls to mind Ray Davies or Karl Wallinger of World Party, while embellishing a tale of  a man’s self-deprecating supplication to the whims of a beautiful woman. Lovely guitar phrases and delicate touches of piano, organ and even a cello part, color “Hattie, Maggie Says,” a gracefully exquisite number, about fleeting encounters. “I won’t stop to mention that by the way Hattie, Maggie says you’ve got a pretty name/I know if I did you would have guessed that you are my obsession/But Hattie, Maggie says that’s OK/ Since you don’t even notice me.” If nothing else, the song is direct.

“Bad Film” recalls Dwight Twilley from the ‘70s and the Fixx from the ‘80s. Toby Johnson’s sprightly bassline, coupled with Nova and Flier’s chunky guitar riffs, drive the song with a bouyant undercurrent. Descending to a darker instrumental region, “Down The Beam” recalls some of the Cars’ more vibrant work, with Casey’s lead vocal echoing that of Benjamin Orr. Intricate lead and backup vocals elevate this song above the ordinary.

Strains of accordion ripple through “Green Leather,” a simple song with familiar Novan themes: “I wrote you whatever thoughts crossed my mind/You called me neurotic/Guess you read  the truth between the lines/When I told you about the weather/And how I love your green leather/Maybe four letters failed to arrive/But you got the fifth one/That message of surrender and goodbye.”

The hidden final track “Faster Police” (?) is practically two songs in one, with metal-tinged edges poking through the first portion while soft, acoustic guitar backing supports the latter section.

There is an element of self-pity in the lyrics to many of these songs, which tend to mitigate there impact somewhat. bathos and pathos are constantly at play , here. But Casey Nova is still better than most at coupling words with music. His songs reflect a level of compositional skill that is superior to his competition. Longtime fans of Casey Nova will recognize with this submission, his gift as being entirely intact. Those unfamiliar with his work (or the work of his sterling bandmates) just might be in for a pleasant surprise. 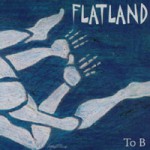 To B
Clandestine Records

Flatland have been in operation for over five years now, originally as a trio; gradually adding players to the fold as was deemed necessary. They are now a septet, though they will add additional side players on occasion- such as recent gigs where percussionist Chata Addy played with the band. Guest Saul Cline is aboard, on this project, adding his expertise on saxophone with that of regular member Mary-Sue Tobin.             Through all of their manifestations, Flatland have elicited high critical praise for their (mainly) instrumental jazz musings, which draw heavily upon the rock idiom, ala Frank Zappa, Herbie Hancock, Return To Forever, Weather Report and, ultimately, Miles Davis- circa In A Silent Way and Bitches Brew.

This makes for an intoxicating concoction, especially when the band manages to  incorporate Latin and African influences into the mix, as well. The band neatly fuses all these separate elements, with strong musicianship and clever arrangements that concentrate the focus on each member’s individual strength. And the members of this band have a lot of individual musical strengths, widely displayed over the course of the pieces presented here. Among the nine pieces, four are original pieces, one a traditional Malian folk song, and four others are compositions from some of the jazz masters

The opening cut, “To B”, written by drummer Steve Pancerev is a fine example. Under Don Corey’s sauntering bass lines, Pancerev and percussionists Eugene Flores and Nojeem Lassisi gently array a bed of  tones and textures. Here a plaintive sax softly moans a middle-eastern flavored melody. At the bridge, guitarist Matt Wayne joins in a brief duet, before the sax resumes its solo. Then Steve Cleveland enters with a distorted solo on the Wurlitzer electric piano, in a style reminiscent of Jan Hammer or Joe Zawinul; intertwining with the guitar. Sublime stuff.

Corey kicks off the next track, Miles Davis’ “Jack Johnson,” with a percussive wah wah attack on bass, playing against expressive hand drumming from Flores and Lassisi. Pancerev joins in as Wayne injects subtle articulations. Sax enters in for a little trip on the outside. Corey inaugurates the next track, “Yer Mali Gakoyoyo,” the afotementioned Mailian folk song with a slow, luxurious stand-up bass excursion, before launching into a more spirited interlude, with sax duets playing against muted guitar contemplations.

Volume pedal guitar whales swim in the murky depths of Don Cherry’s “Guinea,” before Pancerev propels the rhythm section, setting the scene for intertwining sax/guitar figures. After extended sax solos, Wayne launches into an expansive spacewalk with the digital delay. Next, the entire line-up launches into a lengthy cruise down a funky musical highwayon Davis’ “IFE,” with sax and electric piano jousting for the forefront, before guitar intercedes with a rambling, Robbie Kreiger (guitarist of the Doors) like solo. The percussion section then takes over to create an ambiance similar to that of Deodato’s “Also Spoke Zarathustra.”

Corey’s exciting Spanish-guitar styled entry solo on bass, creates a smoldering atmosphere, on his composition “New Guinea, “from which the song slowly combusts, with an arresting vocal emerging from the fiery coals. Lastly, the final number, Wayne’s “Urchin,” is a free jazz excursion with squawking saxes fighting against flailing guitar, before a sax rises from the ashes with a tawdry theme.

Flatland have grown into an excitingly proficient ensemble, more than capable of creating a wide variety of Jazz moods. The high caliber of musicianship throughout this project affords the band the uncommon luxury of being able to tackle an extensive array of styles; apprehending them and amplifying them- far beyond mere mimicry. These musicians are more than equal to the high standards set by the pioneers of jazz fusion, carving a clear path of their own, upon which to advance.